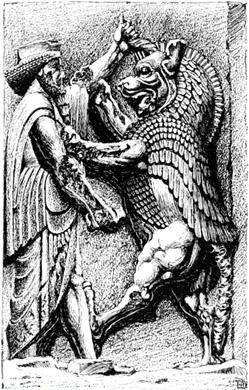 In ancient Persian religion(Zoroastrianism), Ahriman (aka Arimanius or Angra Mainya) stood high in the ranks of the enemies who opposed Ahura Mazda (aka Ohrmazd or Oromasdes). Ahriman is thought to be the first personification of “the Devil” because Zoroastrians believed in a completely dualistic form of religion.

There are four major stands in Zoroastrianism. The first is that of Zarathustra (Zoroaster). The second is of the teachings of Mazdaism, which made Ahriman creator and leader of the daevas. The third is that of Zeravansim, and the fourth is that of the Magi.

Zarathustra believed that one of the ahuras, Ahura Mazda, was the supreme god, and chose to be good, while Ahriman chose to be evil. Therefore, the daevas that opposed the ahuras chose to be evil as well, and were commonly thought of as demons. All things in Zoroastrian have free will and choose whether they want to be good or evil.

In Mazdaist traditions, in the beginning there were two spirits, Ahura Mazda and Ahriman. These two spirits were separated by a void. Ahura Mazda was thought to be characterized by goodness, light, and he was unlimited in time but not in space. He was free of all evil, and does not create or willingly tolerate evil. Ahriman was represented as evil and limited by time because he knew eventually Ahura Mazda would defeat him, and he was also limited by space.

Because there was a void separating the two, in the beginning, Ahura Mazda knew of Ahriman but Ahriman did not know of Ahura Mazda. Ahura Mazda wanted to free himself from his own limitation in space, but he knew that by doing so, he would have to initiate a struggle with Ahriman, which he did not want to do. In time, though, Ahriman saw a light across the void and envied and lusted for it. He then created the evil things of this world (such as the daevas) to fight against the good things Ahura Mazda created. Ahura Mazda offered Ahriman peace if Ahriman would worship the good things Ahura Mazda created, but Ahriman refused, and Ahura Mazda showed Ahriman his inevitable fate. Ahriman was stunned and fell into the void for a period of time. When he awakened, he engaged in war with Ahura Mazda, which Ahura Mazda won and finally destroyed Ahriman.

In the Zeranism tradition, there is one ur-principle called Zurvan, who is the All. He contains all good and evil, and is also infinite in time. Zurvan then wishes for a son, and so his wife, who is actually the female half of his androgynous nature, gives birth to two sons. One (Ahura Mazda) is the product of love and desire, while the other (Ahriman) is the result of a moment of doubt. Ahriman is born first and assumes the birth rite. In this way Ahriman was Ahura Mazda’s brother, and they each held equal sway over the world.

According to the Vendidad, Ahriman co-created the world with Ahura Mazda, countering evil with everything good Ahura Mazda created. He created “the serpent in the river, and Winter, a work of the Daevas,” “the locust, which brings death unto cattle and plants,” “plunder and sin,” “the ants and the ant-hills,” “the sin of unbelief,” “tears and wailing,” “the Pairika Knathaiti, who claves unto Keresaspa,” “the sin of pride,” “a sin for which there is no atonement, the unnatural sin,” “the evil work of witchcraft,” “the sin of utter unbelief,” “a sin for which there is no atonement, the cooking of corpse,” and “abnormal issues in women, and barbarian oppression”. He also created creates 99,999 diseases.

He also attempted to maim the divine prophet Zarathustra. He first sent the demon Buiti to kill Zarathustra, but the prophet chanted aloud the Ahuna-Vairya, and the demon fled back to Ahrian. Ahriman himself then ‘rushed forth from the regions of the North to lure away the Prophet from the path of righteousness,’ but the prophet resisted the temptation and affirmed that he would never do the bidding of Ahriman.

Eventually, Ahriman will be defeated by the coming of a Saoshyant or Saviour. Ancient texts refer to three great souls who are designated to beSaoshyants. The third of these will destroy evil and bring forth the reign of righteousness. The coming is referred to in the Farvardin Yasht, which says he will be the son of Zarathustra and will be conceived through a virgin called ‘the all-destroying’ (Yasht xiii.142; Vendidad xix.5). He will be assisted by his friends, who are fiend-smitting, well-thinking, well-speaking, well-doing, and whose tongues have never uttered a word of falsehood (Yasht xiii.142).

After this, the world will be restored, the dead will arise, and life and immortality will come.

“With the disappearance of evil from the universe, good will prevail everywhere and for all time; and the accursed name ofAngra Mainya will be forgotten. Ahura Mazda will be for ever, even as he has been from all eternity” (Yasht xix.11,12). 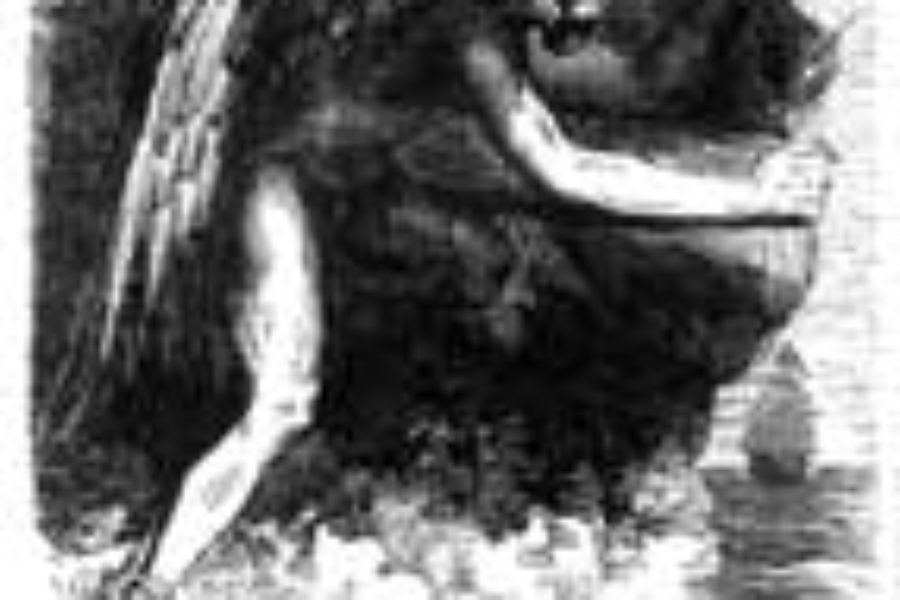