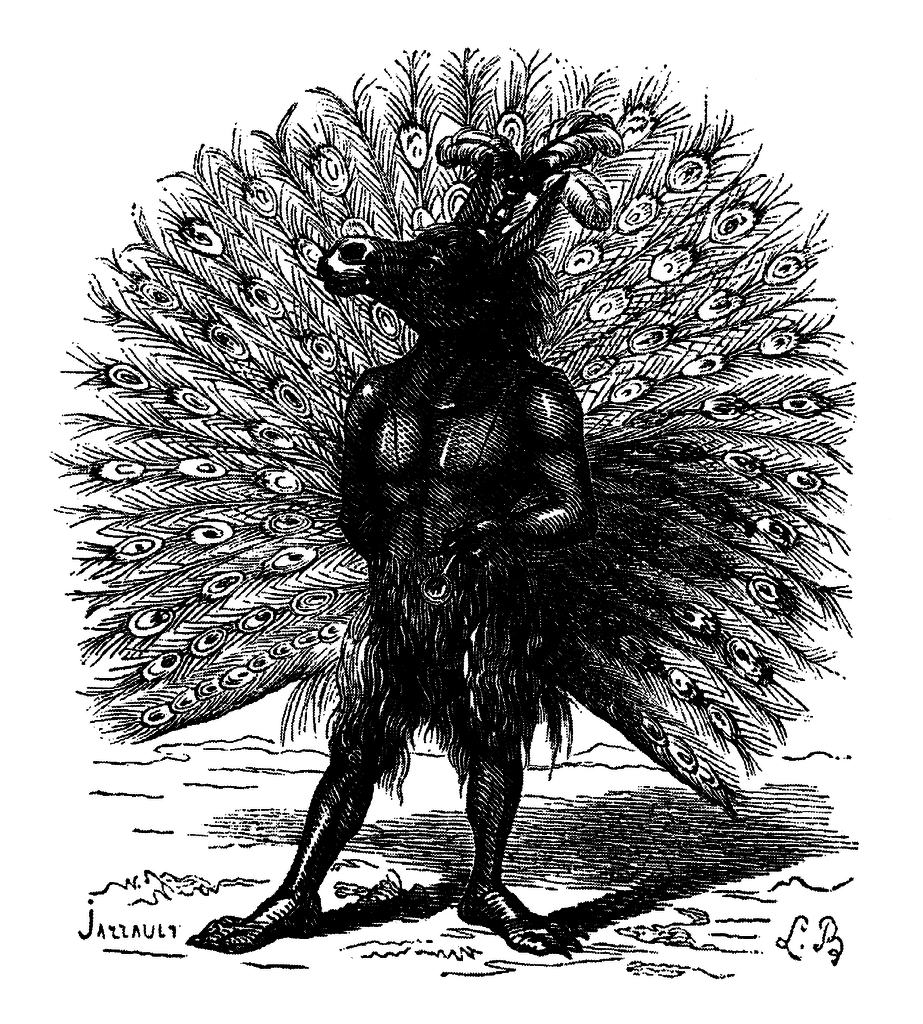 The name Adramelech (also Adrammalech) appears in the Old Testament only twice. The first time, he is mentioned as a son of the Assyrian King Sennacharib along with Sharezer, who murdered their father while he was worshiping in the temple of his idol, Nisrach (2 Kings 19:36-38 cf. Isaiah 37:37-39).

The second time Adramelech is mentioned is in the context of a Samarian sun god who was worshiped by the Sepharvites.

The Avvites made Nibhaz and Tartak, and the Sepharvites burned their children in the fire as sacrifices to Adrammelech and Anammelech, the gods of Sepharvaim. – 2 Kings 17:31

Adramelech in Demonology
According to Gustav Davidson, Adramelech, which means, “king of fire” is one of two throne angels along with Asmadai. In demonology he is 8th of the 10 arch-demons and a great minister and chancelor of the Order of the Fly, founded by Beelzebub. He is said to appear in the form of a mule or peacock.

Dictionnaire Infernal – Collin de Plancy (1863) (paraphrased)
Adramelech was a high chancellor of hell and president of the high council of devils. He can sometimes appear with a mule or a peacock. It is said that the people of the city of Sepharvaim, the city of the Assyrians, sacrificed children to him.