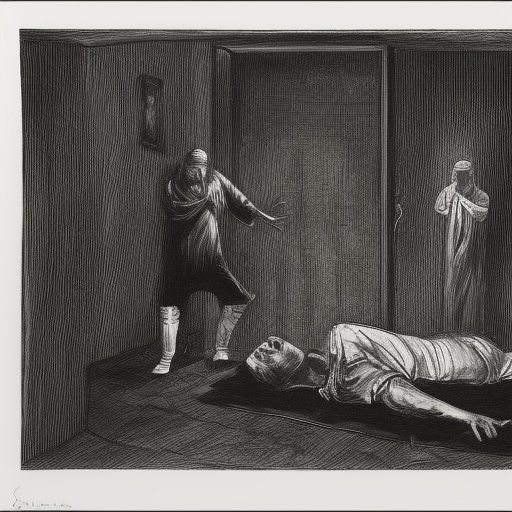 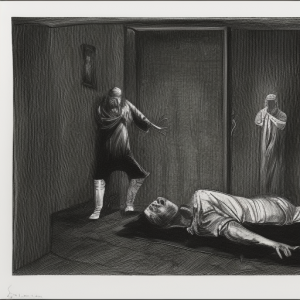 In the 1770s, a man named George Lukins was possessed by an entity so powerful that seven clergymen were needed to perform an exorcism upon him. This possession and exorcism, which became known as the Yatton Daemonica, is one of the most well-known cases of demonic possession in history.

“Some time ago I had a letter requesting me to make one of the seven ministers to pray over George Lukins. I cried out before God, “Lord, I am not fit for such a work; I have not faith to encounter a demoniac.” It was powerfully applied, “God in this thy might.” The day before we were to meet, I went to see Lukins, and found such faith, that I could then encounter the seven devils which he said tormented him. I did not doubt but deliverance would come. Suffice to say, when we met, the Lord heard prayer, and delivered the poor man.”[15]

Now, let’s take a look at how it all unfolded.

George Lukins was 44 years old when his possession began. He lived in Yatton, a village located outside of Bristol. It’s said that he had been to several doctors seeking a remedy for his condition but they had all failed him. After months of trying different treatments with no success, George decided to turn to religion in search of a cure.

The Exorcism is Performed

It was on Friday 13 June 1787 that seven clergymen gathered to perform an exorcism upon George Lukins. He was apparently calm during the ceremony and even conversed with those present about various topics such as philosophy and theology until he eventually fell asleep. When he awoke, it appeared as though the demon had left him alone – for now at least.

After the exorcism had been performed on George Lukins, reports indicated that he had recovered from his demonic possession and returned home seemingly cured of his affliction. However, some sources suggest that this was not the end of his ordeal and that he would be plagued by supernatural occurrences for many years afterward – perhaps indicating that whatever had been inside him still lingered in some form or another…

The case of George Lukins and his possession by what became known as the Yatton Daemonica has captivated people around the world for centuries now – just goes to show you never what sorts of things can happen out there in this big wide world! While we may never know exactly what happened during this incident or why it happened at all – what we do know is that it certainly left its mark on history and will continue to fascinate people for years to come.