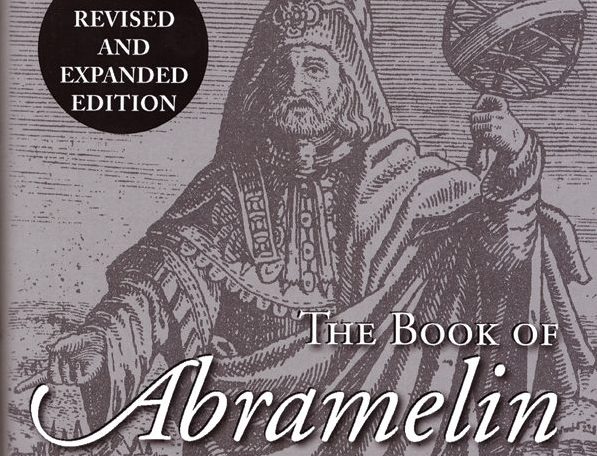 “The book of Abramelin” tells the interesting history of Abramelin, who teaches a system of magic in 1362 to 1458 C.E to a man called Abraham of Worms. This grimoire is an autobiographical account in which Abraham describes his journey from Germany to Egypt. Using this, he reveals Abramelin’s magical and Kabbalistic secrets to his son Lamech.

To begin with, he encounters this magician in a desert outside the Egyptian town, Arachi, which borders the Nile river. Specifically, the home of Abramelin is located at the top of a small hill there, surrounded by trees. It was here that he taught the art of Kabbalistic magic to Abraham. He often spoke of

The Fear of God, the importance of leading a well-regulated life, and the evils of the acquisition of riches and goods. We must serve and fear the lord; we will live and die in His most Holy Law.

Accordingly, he told Abraham to give up his false Gods, and live in the way of the Lord. This way, Abraham could learn the secrets of magic. In exchange for this and ten gold florins Abramelin could distribute to the poor, he gave Abraham two manuscripts to copy for his own. Upon Abramelin’s return, he gave Abraham the true magic and divine science hidden within the manuscripts. With this in mind, these manuscripts were meant to be followed and only gave to those Abraham knew well.

To date, there exists twelve manuscripts of this book. All copies of the book include four separate books within it. These tell the account of the travels of Abraham, materials from the corpus of the practical Kabbalah, and the two books of magic given to Abraham. All of these texts combined are know as “The Book of Abramelin”.

Furthermore, the magical aspects of this book include important rituals done to promote divine contact and talismans composed of magic word squares.

First, the rituals performed are spiritually strenuous. The magician does this to obtain the knowledge and conversation with his guardian angel. These ritualistic activities must occur every day for eighteen months before any divine contact will form. The magician must pray daily before sunrise and at sunset. During this preparatory phase, chastity must be observed, alcoholic beverages refused, and business must be conducted in fairness.

Now that this phase is complete, their Guardian Angel will appear and reveal all magical secrets.

Once the magician knows the secrets, he will evoke the twelve Kings and Dukes of Hell to bind them. By doing so, the magician gains control of his own mental universe, removing any negative influence from his life.  More importantly, these demonic beings provide familiar spirits that appear with the aid magic word square talismans.

On the subject of talismans, magic squares require an assortment of materials. Ranging from a recipe of anointing oil to a wand made of an almond branch.  These squares primarily contain a magical word or name that relates to the goal of the evocation.