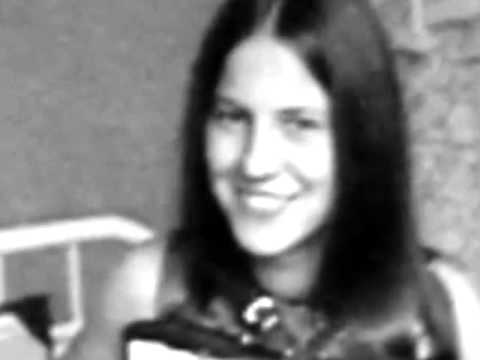 The story of Anneliese Michel is indeed one of the most famous stories of demonic possession on record. It has spawned books, movies, websites, and inspired a generation of new demonologist. But so much of young Anneliese Michel’s story has been twisted and alter in such a way that her story, Anneliese Michel true story, isn’t widely known. Demonicpedia is here to set the record straight and provide as much valuable information as we can and as it comes to us.

Anneliese Michel (September 21, 1952 – July 1, 1976) was a German Catholic woman who was said to be possessed by demons and subsequently underwent an exorcism.

Michel experienced what is recognized by medical professionals as severe psychiatric disturbances from the age of 16 to her death, at age 23 from malnutrition secondary to mental illness. She apparently intended her death by starvation to “atone for the wayward youth of the day and the apostate priests of the modern church”. After several years of ineffective psychiatric treatment, she refused medical treatment and requested an exorcism. Both priests who performed the exorcism and Michel’s parents were convicted of negligent manslaughter because they did not seek medical treatment (for her refusal to eat) on her behalf and over her objections.

Anneliese Michel was born on September 21, 1952 in Klingenberg, Bavaria, Germany. Michel was raised in a strict Catholic family. A devout girl, she tried to make reparations for the sins of wayward priests and drug addicts by sleeping on a bare floor in the middle of winter.

In 1968, when Anneliese was 16 and still in high school, she began to suffer from convulsions. Court findings had her experiencing her first epileptic attack in 1969. It was then that a neurologist at the Psychiatric Clinic Würzburg diagnosed her with grand mal epilepsy.

Soon, Anneliese started experiencing devilish hallucinations while praying. She also began to hear voices, which told her that she was damned. By 1973 Anneliese was suffering from depression and considering suicide. Her behavior became increasingly bizarre; she tore off her clothes, ate coal, and licked up her own urine.

Having centered her life around devout Catholic faith, Michel began to attribute her condition to demonic possession. Michel became intolerant of sacred places and objects, such as the crucifix, which she attributed to her own demonic possession. Throughout the course of the religious rites Michel underwent, she was prescribed antipsychotic drugs, which she may or may not have stopped taking.

In June 1970, Michel suffered a third seizure at the psychiatric hospital she had been staying in and was prescribed anticonvulsants for the first time. The name of this drug is not known, and it did not bring about immediate alleviation of Michel’s symptoms. She also continued talking about what she called “devil faces”, seen by her during various times of the day. Michel became convinced that conventional medicine was of no help. Growing increasingly adamant that her illness was of a spiritual kind, she appealed to the Church to perform an exorcism on her. That same month, she was prescribed

another drug, Aolept (pericyazine), which is a phenothiazine with general properties similar to those of chlorpromazine: pericyazine is used in the treatment of various psychoses, including schizophrenia and disturbed behavior.

In November 1973, Michel started her treatment with Tegretol (carbamazepine), which is an antiepileptic drug. Michel took this medicine frequently, until shortly before her death.

In 1975, when Anneliese was 23 years old, an older woman who accompanied Anneliese Michel on a pilgrimage concluded that Anneliese was suffering from demonic possession because Michel was unable to walk past a certain icon of Jesus Christ and refused to drink the water of a holy spring. An exorcist in a nearby town examined Michel and returned a diagnosis of demonic possession. The bishop issued permission to perform the rite of exorcism according to the Rituale Romanum of 1614.

She and her parents were convinced that she was possessed. After years of unsuccessful psychiatric treatments, they gave up on medical treatment and chose to rely solely on the exorcisms for healing. The rites of exorcism were performed over the course of about ten months in 1976. A total of sixty-seven exorcism sessions were held, one or two each week, some lasting up to four hours. Michel at this time was refusing medical care, refusing to eat, and talking about her death being a form of atonement for other people’s sins.

On July 1, 1976, Anneliese Michel died in her sleep. The autopsy report stated that her death resulted from the malnutrition and dehydration due to almost a year of semi-starvation during which time the rites of exorcism were also performed.

After an investigation, the state prosecutor maintained that Michel’s death could have been prevented even one week before she died. He charged all four defendants—Pastor Ernst Alt and Father Arnold Renz as well as the parents—with negligent manslaughter for failing to call a medical doctor to address her eating disorder.

The trial started on March 30, 1978, in the district court and drew intense interest. Before the court, the doctors claimed the woman was not possessed, although Dr. Richard Roth, who was asked for medical help by Father Alt, allegedly said after the exorcism he witnessed on May 30, 1976, that “there is no injection against the devil, Anneliese”.

The defense played tapes recorded at the exorcism sessions, sometimes featuring what was claimed to be “demons arguing”, as proof that Michel was indeed possessed. Both priests presented their deeply held conviction that she was possessed and that she was finally freed by exorcism just before she died.

Ultimately, the accused were found guilty of manslaughter resulting from negligence and were sentenced to a six months in prison (which was later suspended) and three years of probation. It was a far lighter sentence than anticipated by most people. Yet, it was more than demanded by the prosecution, who had asked that the priests only be fined and that the parents be found guilty but not punished.

During the trial, the major lingering issues were related to the church itself. A not-guilty verdict could be seen as opening the gate to more exorcism attempts, and possibly unfortunate outcomes. But for the most part, experienced observers believed the effect would be the opposite: that merely bringing charges of negligent homicide against priests and parents would provoke changes and more caution.

Before the trial, the parents asked the authorities for permission to exhume the remains of their daughter. They did so as a result of a message received from a Carmelite nun from the district of Allgäu in southern Bavaria. The nun had told the parents that a vision had revealed to her that their daughter’s body was still intact and that this authenticated the supernatural character of her case. The official reason presented by the parents to authorities was that Michel had been buried in undue hurry in a cheap coffin. Almost two years after the burial, on February 25, 1978, her remains were replaced in a new oak coffin lined with tin.

The official reports (to date undisputed by any authority) state that the body bore the signs of consistent deterioration. The accused exorcists were discouraged from seeing the remains of Michel. Father Arnold Renz later stated that he had been prevented from entering the mortuary.

Bishop Josef Stangl, who approved the exorcism and corresponded by letter on the case with the two priests a dozen times, also was investigated by state authorities. It was decided not to indict him or summon him to appear at the trial due to his age and poor health. The bishop stated that his actions were all within the bounds of canon law.

Today, Michel’s grave in Klingenberg am Main remains a place of pilgrimage for many Catholics who consider Anneliese Michel a devout believer who experienced extreme sufferings to assist departed souls in purgatory.

Since her death, various psychiatrists and other people have speculated that she might have had dissociative identity disorder (commonly known as multiple personality disorder.) Some doctors have suggested that many of Michel’s symptoms are consistent with, and suggestive of, mental disorders in the Diagnostic and Statistical Manual of Mental Disorders (DSM-IV-TR) section on dissociative disorders, and/or with behaviors observed in patients with these disorders, such as the temporary adoption of bizarre, rigid body postures (dystonia); the use of the first-person plural pronoun we to describe one’s self; the markedly dilated pupils not explained by any external stimuli; full or partial amnesia; the emergence of distinct personalities among the demons; Michel’s feeling as though her body was acting outside her volition (depersonalization); fear or rejection of sexuality; the persistence of these symptoms despite medical treatment, and in absence of any known medical cause; and many others. Anneliese’s symptoms have also been compared with those of schizophrenia.

What is Christian Demonology?