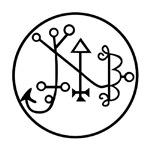 The Fifty-first Spirit is Balam or Balaam. He is a Terrible, Great, and Powerful King. He appeareth with three Heads: the first is like that of a Bull; the second is like that of a Man; the third is like that of a Ram. He hath the Tail of a Serpent, and Flaming Eyes. He rideth upon a furious Bear, and carrieth a Boshawk upon his Fist. He speaketh with a hoarse Voice, giving True Answers of Things Past, Present, and to Come. He maketh men to go Invisible, and also to be Witty. He governeth 40 Legions of Spirits. His Seal is this, etc.

Pseudomonarchia daemonum – Johann Wier (1583) (quoted)
Balam is a great and a terrible king, he commeth foorth with three heads, the first of a bull, the second of a man, the third of a ram, he hath a serpents taile, and flaming eies, riding upon a furious beare, and carrieng a hawke on his fist, he speaketh with a hoarse voice, answering perfectlie of things present, past, and to come, hee maketh a man invisible and wise, hee governeth fourtie legions, and was of the order of dominations.

Dictionnaire Infernal – Collin de Plancy (1863) (paraphrased)
Balan, who commands 40 legions, is presented with a serpent’s tail, eyes that shoot fire, and three heads: a bull, a man, and a ram. He is usually shown carrying a sparrowhawk on his wrist and riding nude and horned upon a bear. His voice is hoarse and harsh. Balan can tell of past/present/future events, teaches cunning, finesse, and the easy way to see without being seen. He was once in the heavenly order. 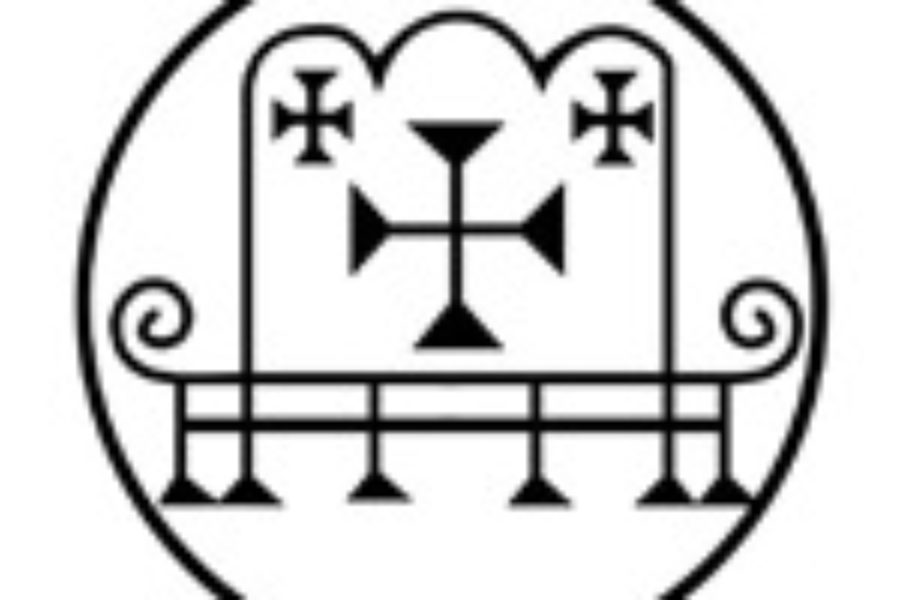